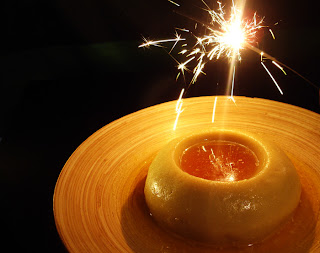 The National Transitional Council is about to announce the complete liberation of Libya 8 months after the first demonstrations and exactly 2 months after the capital was freed. Gaddafi’s last stronghold and hometown of Sirte has been liberated, as Libyans celebrate the demise of the bizarre and brutal dictator who has ruled us for 42 years. His humiliating last scenes, reminiscent of deaths of Ceausescu and Mussolini, are a fitting end to a man who delighted in televising executions and left the corpses hanging in university campuses and public squares. In some ways building a state of institutions will be much more difficult than the battle against Gaddafi’s brigades, but today is a day to honour the martyrs and wounded who sacrificed for a free Libya, it is a day to celebrate.
Celebrations in Libya mean one thing: Asida, a quick dessert that is made for births and Eid and is traditionally cooked and eaten as soon as possible after receiving good news.
Asida is a cooked dough eaten with honey or date syrup and melted butter. We have a step by step recipe for asida showing how the dough is cooked in water. Asida is an Arabic word and the dish is also known in the Arab Peninsula,  but is in some ways a sweet version of the Amazigh Bazeen which is also a dough of wheat or barley flour cooked in water.
As soon as the news was announced, we at the Libya Food Blog made this Asida to celebrate the liberation of our country. 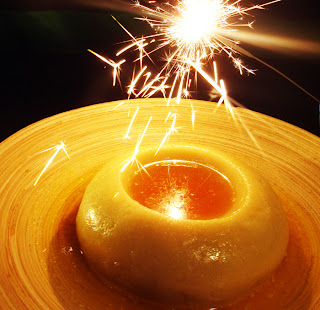 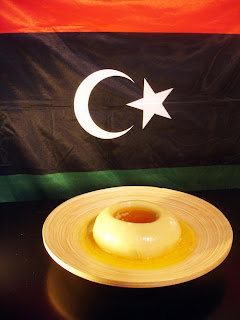